For Josie, whose imagination inspires me. X 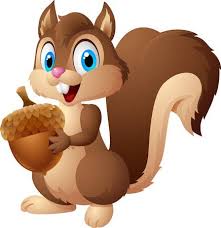 In a lush green wood, right beside the ocean, lives a squirrel, called, well, Squirrel. Because sometimes the best names are the obvious ones! Squirrel scurries up and down the trees and even over to the edge of the water. She also collects acorns, so she always has a stock of food. But even with all this activity, it can get a bit lonely in the woods. So Squirrel likes to sit and look out into the distance over the surface of the sea. As she watches the sun rise in the morning and set at night, she feels like she is part of something big and beautiful. 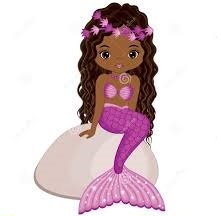 In the ocean, right beside a lush green wood, lives a mermaid, called, can you guess? That’s right, Mermaid! Mermaid-ing is what she does, so it makes sense that that’s what she’s called. Mermaid loves to splish and splash, up and down through the surface of the sea. At sunrise and sunset, anyone watching can see her sparkly tail made of scales glisten in the sunlight that shimmers and skims across the water.

At sunrise and sunset, however, there only ever tends to be one person, or rather squirrel, looking out over the shimmering sea. And that squirrel is….Squirrel! She just loves watching Mermaid jump, dive and swim. Mermaid puts on the most spectacular show! Sometimes Squirrel catches Mermaid’s eye and they both smile at each other.

Living alone in a wood can get a little bit boring at times, so Squirrel tries to keep things interesting. She’s constantly finding new ways to climb the trees. Sometimes she climbs up one side of the trunk, and sometimes the other. Sometimes she jumps from this branch to that, and sometimes from that branch to this. It keeps her amused and means tree climbing is different every single day. If only the same could be said for what Squirrel eats! Every day it’s the same, acorns and fruit, fruit and acorns. Squirrel often wishes there was something else to eat in the wood.

One evening at dusk, as Squirrel is scampering around, she treads on some fruit which has already fallen from a tree. SQUIIIIISH! The fruit explodes into a big pile of pulp on the floor. Squirrel reaches down to try and pick some up, but it slips through her fingers. It’s just too mushy! Squirrel doesn’t like to waste food. Fruit is precious. So she realises she’s going to need something to mix with the mush so it’s easier to pick up and eat. She looks around and spots some seeds and mushrooms. Picking up the little seeds one by one, and then plucking the mushrooms from the ground, she sprinkles them very slowly over the fruity mush…and then stops. How is she going to mix everything together? Her paws are teeny tiny. It will take forever! She crouches down beside the big pile of fruit, seeds and mushrooms and scratches her head. She needs something that can mix really fast. As she looks around, a tiny fly lands on Squirrels nose and makes it itch. Before she can stop it, Squirrel’s big bushy tail has whipped around to her face to flick the fly away. It does this sometimes. It’s as though Squirrel’s tail has a life of its own! But…wait a minute. Of course! If Squirrel’s tail can whip around that quickly, then it’s just what she needs to help mix the fruity mush!

And so, Squirrel turns around, lets her tail drop into the fruity, seedy, mushroom-y mush, and starts to shake it as fast as it will go. Back and forth and back and forth her tail goes. WHIP-WHIP-WHIP! As Squirrel looks over her shoulder, she can see that the mixture is frothing and foaming with tiny little bubbles. Her tail is filling it with air! Gradually, Squirrel’s tail finds it harder to move back and forth. The mixture is getting thicker. A few more swishes of her tail and Squirrel stops. She turns around, and looks at the big circle of soft, but solid mixture. She reaches out and with her paw carefully breaks a little piece off. She cautiously places it in her mouth and MMMMM, MMMMM! It’s delicious! She has something new to eat. She’s invented fruity, seedy, mushroom-y pancakes!

Squirrel is a little tired, and very hungry now, after all that tail swishing. So she takes a pawful or two of pancake to the water’s edge and sits down to enjoy the sunset. As she does, Mermaid appears, splashing around in the dying sunlight. Her scales look particularly dazzling tonight.

There’s a funny thing about coming up with new ideas. They make you want to share them. Squirrel’s never spoken to Mermaid before. In fact, she doesn’t even know if she can speak! But the pancakes are so good, she doesn’t want to eat them on her own. So, for the first time ever, as Squirrel sits watching Mermaid put on her show, she raises her little paw and waves. In a moment, to her surprise, Mermaid has leaped and dived through the gentle waves over to the shore.

“Finally!” says Mermaid. “I wondered if you were ever going to say hello!”

Squirrel, taken aback, doesn’t know what to say. So she simply says, “Really?”

“Yes,” replies Mermaid. “I wasn’t even sure you could talk!”

“But that’s just what I thought about you!” she says.

Mermaid smiles. “I guess we all often think similar thoughts. Only if we don’t share them, nobody knows.”

Squirrel thinks this makes a lot of sense. In fact, she’s so busy thinking about what Mermaid has said that she almost forgets why she waved her over!

“Would you like to eat some fruity-seedy-mushroom-y pancake with me?” she asks.

“I’ve no idea what those are,” confesses Mermaid, “but they sound good and I love trying new things. So yes please!”

Squirrel scurries back over to where she’s left the pancake on the floor. She breaks another few pieces off with her tiny paws and brings them over to where the sea is lapping the shore. She gives them to Mermaid. Mermaid takes them from her, pops a piece into her mouth, and then closes her eyes.

“Mmmmm, mmmmm,” she says, as she savours the taste of the sweet and slightly crunchy pancakes.

“I love it!” smiles Mermaid.

“Let me know next time you’re making some more and I’ll come back again.”

“Of course!” agrees Squirrel. And with that Mermaid flips back into the sea and disappears down under the water. Squirrel sits back down. She’s not sure why, but she suddenly feels very happy. Her tummy is full, but she thinks it’s something more than that. Yes, that’s it, she suddenly realises. She doesn’t feel lonely anymore.

Before long, every time that Squirrel makes some fruity-seedy-mushroomy pancakes, she waves to Mermaid, who comes to shore, and they eat them together. At the same time, they share stories and lots of new ideas. After a while, Mermaid suggests perhaps she could make some seaweed pancakes and Squirrel could try them too. When Squirrel takes her first bite, she can’t believe the how incredible they taste. She had no idea that food from under the sea could be so marvellous.

One day, as they are contentedly eating together, Squirrel dares to suggest that perhaps they could make a pancake together. Mermaid grins from ear to ear and flicks her tail. “I’d love that!” she cries. So, Squirrel pushes some fruit down to the shore and Mermaid drags some seaweed out of the sea. They turn so their backs are facing each other, and after counting to 1… 2… 3, they flick their tails as fast as they can back and forth. WHIP= WHIP – WHIP! Soon the fruity-seaweedy pancake is thick and solid. They both sit down to try it. They’re quite tired after using so much energy. As they slowly start to chew on the pancake, their taste buds begin to tingle. It’s the sweetest, savouriest pancake ever, and it’s unbelievably delicious! At almost exactly the same time, as if, once again, they are thinking the very same thought, Squirrel and Mermaid  say, “I know what would make this pancake just perfect!” And off they each head to find some of the missing ingredient they are each thinking of.

In a few minutes, they return to the same spot. Squirrel has, can you guess? Yes, acorns! A Squirrel’s favourite food. And Mermaid has, can you imagine? Sea salt! The most abundant ingredient in the ocean. Together they sprinkle the acorns and sea salt over the top of the pancake and they settle into the soft, but firm, surface. Squirrel and Mermaid each take another piece of the pancake and tuck in. MMMM-MMMM-MMMMMMMM! Now it’s the sweetest, saltiest, crunchiest pancake ever! Squirrel and Mermaid lie back on the shore, looking across the sea at the sun as it sets. They feel very full and very satisfied. They are so pleased that their food has brought them together as friends. They start imagining all of the new thing that they will be able to create. Then, just as they often do, they both have the same thought at the very same time: when everyone brings the best of what they have to offer not just to pancakes, but to the world, it makes everything so very much better!