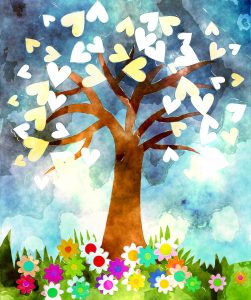 Save the planet and we’ll save humanity?

No. Saving humanity is the only way to save the planet.

Spending a decade studying the harm humans have been wreaking on our natural world, and then educating the next generation to help it instead, has been a truly enlightening experience. Throughout my research journey it has always been explicitly, or implicitly, conveyed that if we protect our natural environment, we will succeed in rescuing humanity from the brink of some kind of disaster. Yet the empirical evidence I’ve used to inform my writing – from scientists, educationalists, psychologists, indigenous peoples and even spiritualists – all points to the equation being completely the converse: only if we heal humanity will we be able to rescue the planet and heal it in turn.

We are a lot closer to irreparable, dramatic changes to the nature and climate we all take for granted than most realise. Already, the real decision-makers on our planet have chosen not to act with sufficient speed. Staving off some of the inevitable consequences of the anthropocene era is going to prove, at best, challenging: increasing natural disasters; the damaging effects of climate change on agriculture; biodiversity loss; currently inhabited areas of the world becoming uninhabitable. Whilst there is a huge movement dedicated to focusing purely on the solutions required to combat these changes, my investigations have taught me time and again that these alone will not suffice. Why humans are hurting our planet is equally as important as how.

The events of the last year have shown, fortunately, that a rapidly developed and completely changed new world is achievable and comes with positive benefits. The global crisis we have all lived through will undoubtedly serve us well to educate about the importance of underlying causes rather than just symptoms when it comes to the state of the world’s environment. Yet we must be truthful. We must accept things as they are. We must address the real root problems, as painful as that may be.

The surprising side effect of my delving into the many problems associated with climate change has been the revelation that the very world many humans have chosen to build for themselves is responsible in large part for the decimation of the natural world. Advancement for the sake of advancement is in fact distancing so many from nature and traumatising them as a result. There is even a term for this, psychoterratica, coined by Australian sustainability professor Glenn Albrecht. This is occurring across industries, demographics and nations worldwide. Renowned experts such as Dr. Gabor Maté explain in detail just how devastating the effect of trauma is upon humans, upon their health and ultimately upon their interactions with everything around them. Hurt people, as it is often said, hurt people. It would seem they also hurt other living things, including those needed to maintain life as we know it.

The level of trauma in today’s human race is clearly visible when looking at the global epidemic of abuse, or the PTSD suffered by war veterans and victims of serious crime. It is perhaps less easily identifiable when it relates to the effects of the apparent freedoms that we have created for ourselves. In many cases, what humans deem to be progress is merely a means of generating new causes of self-harm. The following examples illustrate this, highlighting just a few of the issues:

Freedom to travel and live or work away from the family unit – stress owing to a lack of belonging, a lack of consistent social network, a lack of free-time or restorative rest owing to increased travel and interaction with a much greater number of people and environments;

Freedom to earn and achieve more – stress resulting from a lack of time for cathartic activities such as creating and simply being, and a lack of inner fulfilment, whilst surrounded by more external material items than ever before;

Freedom to manufacture products – stress arising from excessive choice of goods, a consumer lifestyle, increased engagement with technology and pressure from omnipresent marketing; exposure to things that, fundamentally, living beings do not require for existence.

All of the above and more have led to human beings becoming separated from their own innate connection to their natural needs and from other living entities of all species in our world. This has been pointed out by numerous colleagues in the domains of science, psychology and from indigenous populations. My attention has been drawn repeatedly by knowledgeable collaborators in varying fields to one simple fact: in the modern, westernised world, many adults have lost sight of the value of the interconnectedness of living things in maintaining habitable environments which are balanced and harmonious. Instead, and increasingly, they have become focused on and driven by  their own ego, individual desires and achievement. This does not bode well for a planet which relies on mutual, beneficial relationships of all kinds.

As children, mercifully, we are born with our inherent connection to nature intact. Still relatively untouched and unaffected by the traumas of society, it is unsurprising that the younger generation are those leading the way in reminding us all of the essential role this bond plays. It is they who are forming movements to embed this association in the minds of everyone

Thankfully, therefore, collective consciousness of the situation is rising. The global occurrences since the start of 2020 have precipitated this. One of the real advantages of the last eighteen months is that many people have been given an unexpected opportunity  to reconnect with the most humane elements of themselves. As a by-product, they have also come to reappreciate the value of the things that actually sustain life – water, air, food and physical interaction with other living beings. Though some types of trauma have continued to be present – particularly loss and illness – many were reduced or eradicated for a small period. Coinciding with this came an improvement in the condition of the natural environment for the same duration.

This eventuality is something that those understanding of the relationship between humans and nature could perhaps have predicted. To see it actually materialise was affirming, inspiring and extremely motivating. It could finally be evidenced that if we heal the people to some extent, for even a tiny moment in time, the planet begins to heal too. Address the things that cause humans pain, and they in turn inflict less pain on everything around them, including the planet they live on.

To extend this small, coincidental trial and expand its effects exponentially, the solution is a lot simpler than some realise. Reverse-engineering is what is actually needed. Using every means possible to heal people of their trauma and suffering is the way to protect planet Earth. Scientists and therapists have already carried out extensive research into the ways in which this may be done. Individually, as communities, nations and as a species at large we need to employ every tool at our disposal, from family and community support, to socialisation, interaction with nature, time spent resting and outdoors, physical activity, counselling and healing practices from across our cultures. Helping humans to rediscover and embrace love, inner peace, self-acceptance and respect for themselves is, it turns out, the most efficient and effective way of enabling them to treat the world in which they live with the same.

The links below provide further related information on this topic:

The Impact of Children’s Connection to Nature

Reconnecting with Nature for Sustainability

The Relationship between Connectedness to Nature, Environmental Values, and Pro-environmental Behaviours